Christianity and the Life to Come Class 2

CHRISTIANITY AND THE LIFE TO COME
Class 2


While there is not particular order that material is covered in these classes, we move now into some of the more classic (modern) reviews of Near Death Experiences (NDE).

The first (modern) clinical writer on the NDE was Elisabeth Kübler-Ross.

Elisabeth Kübler-Ross (July 8, 1926 – August 24, 2004) was a Swiss-American psychiatrist, a pioneer in near-death studies and the author of the groundbreaking book On Death and Dying (1969), where she first discussed her theory of the five stages of grief. 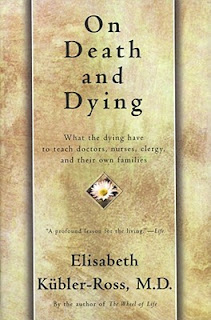 Originally Published by Macmillan Publishing in 1974

Elisabeth Kübler-Ross, MD, [1926–2004] was a Swiss-born psychiatrist, humanitarian, and co-founder of the hospice movement around the world. She was also the author of the groundbreaking book On Death and Dying, which first discussed The Five Stages of Grief. Elisabeth authored twenty-four books in thirty-six languages and brought comfort to millions of people coping with their own deaths or the death of a loved one. Her greatest professional legacy includes teaching the practice of humane care for the dying and the importance of sharing unconditional love. Her work continues by the efforts of hundreds of organizations around the world, including The Elisabeth Kübler-Ross Foundation: EKRFoundation.org. 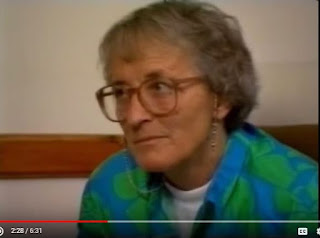 [Click on Link Below]
Elizabeth Kubler Ross on Death and Dying

The Near Death Experience - An Interview with Dr Elizabeth Kubler-Ross
This video clip, taken from the film Visions of Hope, is an interview with Dr Elizabeth Kubler-Ross on the 'near death experience' or NDE. The interviewer is Tony Adams. The film is introduced by David Furlong. The full length film can be obtained from the Spirit Release Forum www.spiritrelease.org. The music on the clip is from Faure's Pavane. op 50. 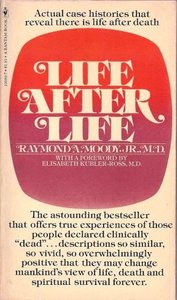 The groundbreaking, bestselling classic.  Raymond Moody is the “father” of the modern NDE (Near Death Experience) movement, and his pioneering work Life After Life transformed the world, revolutionizing the way we think about death and what lies beyond. Originally published in 1975, it is the groundbreaking study of one hundred people who experienced “clinical death” and were revived, and who tell, in their own words, what lies beyond death.

A bestseller that has sold more than thirteen million copies around the globe, Life After Life introduced us to concepts—including the bright light, the tunnel, the presence of loved ones waiting on the other side—that have become cultural memes today, and paved the way for modern bestsellers by Eben Alexander, Todd Burpo, Mary Neal, and Betty Eadie that have shaped countless readers notions about the end life and the meaning of death. 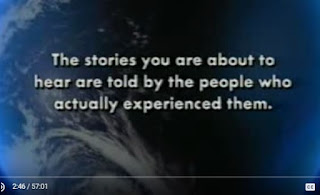 Dr. Raymond Moody, when he was with the Psychiatry Department of UVA encountered the profound NDE of a fellow Dr., George Ritchie MD.   Ritchie's NDE, perhaps a "classic" deep NDE was the NDE that - in many ways - opened the investigation of all modern NDEs.

The NDE that Started it all.

Dr. Ritchie was a Boy Scout, an MD (Med. College
of Virginia) and a Presbyterian. 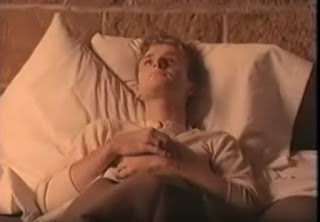 In Kevin Williams Blog on NDEs, George Ritchie wrote the following overview of his encounter with the Christ in his NDE.

whose Near Death Experience (NDE) is reported extensively in Chapter 17 “Who’s Dead” of Shockey, Peter. Reflections of Heaven: A Millennial Odyssey of Miracles, Angels And Afterlife.  Doubleday. 1999.   NDE occurred on May 5, 1971 in Augusta, SC. 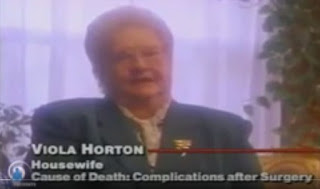 Viola J. Horton.  Died.  April 1997.
She is buried at
Westover Memorial Park at

I believe, but an not certain, that her husband Robert Judson Horton died in December of 2003 and is buried in the same cemetery.

Retired Clothier SAVANNAH, Ga. - Mr. Robert Judson 'Jud' Horton entered into rest Sunday, December 21, 2003 at Candler Memorial Hospital in Savannah. Mr. Horton was the beloved husband of the late Mrs. Viola 'Vi' James Horton of 49 years. Family members are one daughter, Katherine Horton of Savannah; three brothers, Henry Horton of North Augusta, S.C., Fred Horton of Atlanta and Billy Horton, Statesboro; one sister, Mitia Key, of Augusta; many nieces and nephews who were more like his own children and he leaves behind many friends who were like his own family. Mr. Horton had lived in Augusta since 1948. He was a clothier with Daitch and Company, he served as an artillery sergeant in Europe during WWII and he was a member of St. Mary's on the Hill Catholic Church. Graveside services will be held Tuesday, December 23, 2003 at 11 a.m. at Westover Memorial Park with Father Allan McDonald celebrant.

What a great fellow.  I interviewed Chris Markey by phone in 2014.   Why his story has to speak for itself, all I can say that (as an attorney) I called and talked to him about the NDE and he confirmed and verified every fact that was and in published by the International Association of Near Death Studies (IANDS).

The Central Theme of Markey's NDE, as asked to him on the other side was:

"At that time in your life,
what did you do for your fellow man”?

A new twist on the structures of Heaven comes to us from a trial attorney name Chris Markey, 61, who died at 8:15 a.m. and again at 10:15 a.m. on October 10, 2006 in the I.C.U. at Rush Presbyterian-St. Luke's Medical Center in Chicago after a triple bypass operation. The first "death" lasted for six minutes and the second thirteen. Said Markey to researchers:

"I'm here to tell you that death is so instantaneous it's unbelievable, less time than to roll over in bed.
"A [spirit] came to meet me. He said, 'Chris, call me Gabe; come with me. Follow me.' So I went with him up this tunnel.

"We go to this incredible room. The room had floors and walls. It had no ceiling. It was incredibly bright and lit. There was absolutely no climate whatsoever: no wind, no heat. no cold. There were 250 to three hundred people there, waiting to see -- me!

"They hugged me. They all kissed me. They were so thrilled to see me. They were all shiny, radiant. They were communicating a level of affection I had never experienced before -- just beauty, shining, energy, love. It came time for my examination -- whether I could get into paradise. 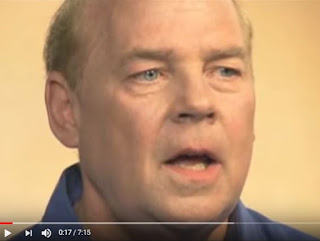 (continued)  "Clearly this was paradise. They were all around me, very quiet, and the 'movie' of my life started. And way up behind me there was this spiral-pointed mountain and the spiral was moving, because there were so many people coming up and going back, coming up and going back. And at the top was this mountain man with beard and long hair. It could only be JESUS. He kept asking the questions from His mind to my mind. You didn't really hear sound. The question was clearly framed and right at you. And it was only one question repeated over and over and over again: 'At that time in your life, what did you do for your fellow man?' I remember not being to call up much from when I was a little kid. I went to a Catholic grammar school and we went to Mass before noon every day. We had to cross two dangerous streets, and from sixth to eighth grade they picked me to be a crossing guard and that picture came right out of the 'movie.' I had just taken it so seriously to protect those little kids."