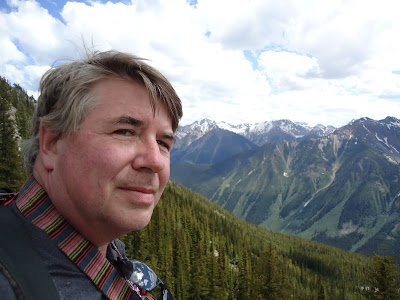 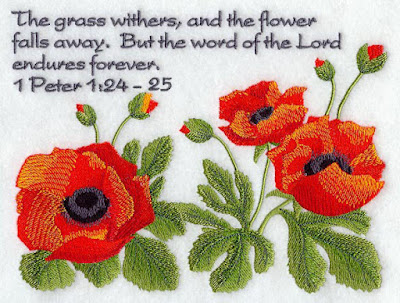 The Faith Once For All Delivered to the Saints

Jude (Half Brother of Jesus)

Church there were two

In the New Testament

Apostles, Luke 6:16, see page 371: and Judas, the of the Twelve
13:55. The latter is commonly brother of Jesus, Matt regarded as
the writer of this Epistle.

Eusebius relates that Domitian, in his Persecution of Chris-
D, looking up the heirs of the Kingdom of David,
tians, 96 A of Jude the Brother of Jesus
ordered the arrest of the Grandsons that they were farmers,
They told the Emperor and lived by the that Christ’s Kingdom
was Not a Kingdom of This World, but when He Comes in

toil of their hands, and would be manifested

World to Judge the Living and Dead.

Glory at the End of the Place and Date
The similarity oi the situation to that mentioned in II Peter
suggests the possibility that this Epistle may have been addressed
to the same Churches, which, it seems from 11 Pet 3:1, were the
same as those to whom I Peter was addressed, which "were in
Asia Minor, I Peter 1:1. Probably about 67 AD.

Evidently Jude had been planning to write a more general
statement about the Gospel to this group of Churches, When news
of the sudden appearance of a Devastating Heresy prompted him
to dispatch this stern warning, 3,4.

Jude minces no words as to their nature. The frightful epithets
which he uses refer to certain Leaders Within the Church. Un-
godly Men,. Turn the Grace of God into Lasciviousness, 4.
Deny Christ, 4. Like Sodom, given to Fornication 7. In their
Dreamings Deﬁle the Flesh, 8. As Brute Beasts Corrupt Them-
selves, 10. Spots in your Lovefeasts, 12. Shepherds that Feed
Themselves, 12. Clouds without Water, 12. Trees Without Fruit,
12. Raging Waves of the Sea Foaming out their own Shame, 13.
Wandering Stars for whom the Blackness of Darkness has been
Reserved Forever, 13. Murmurers, 16. Complainers, 16. Speaking
Great Swelling Words, 16. Mockers Walking after their Own
Ungodly Lusts, 18. Sensual, 19. Not Having the Spirit, 19. Show
Respect of Persons for the sake of their Own Advantage, 16.
And Make Separations, 19.

These false teachers had already crept in, 4, yet were spoken of
as appearing in “the last time”. While primarily referring to some
particular class of men that belonged to Jude's day, it may pos
sibly be a general characterization of the whole body of false
teachers who, through the centuries, would, from within, cor
rupt the Church, and thus thwart the redemptive work of Christ.
Those who are acquainted with Church History know well how
the Church has suffered from such men.

Here and in II Peter 2:4 are the only Scripture references to the
Fall of the Angels (Rev 12:9 seems to refer to their later defeat).
Some think this is an allusion to Gen. 6:1-5, where the “sons of
God" intermarried with the “daughters of men". More probably it
refers to an earlier event when Satan led certain of the
angels in rebellion against God.

Michael's Contention with The Devil, 9

Michael is mentioned in Dan 10:13,21 as a "chief prince", and
in Rev. 12:7 as leader of angels, but only in this passage is he
called "the archangel". Moses’ burial is told in Dt 34:5-7. But
Michael’s dispute with Satan about Moses’ body is not there
mentioned. Origen says that Jude’s statement is a reference to a
passage in the apocryphal book, “The. Assumption of Moses"
which was written about the time of the birth of Christ, only a
part of which book is now extant, and which extant part has no
such passage. Jude may have had knowledge of the incident from
other sources. Josephus says God hid Moses' body lest it be made
an idol. Possibly Satan wanted it to tempt Israel into idolatry.
Jude’s use of the incident seems to sanction its historicity. It
served as an example against the sin oi ушные": even the
Archangel, highest of creatures, did not rail at the Devil, the most
degraded of creatures.

This is the only Scripture allusion to the prophecy of Enoch.
The brief story of his life is told in Gen 5:18-24, but there is no
mention of any of his words. Jude’s quotation is from the apocry
phal Book of Enoch, which was written about 100 B C. He evi-
dently regards it as a genuine word of Enoch.  Thus while Adam,
founder of the race, was yet alive, Enoch (contemporary with
Adam for 300 yrs) prophesied of the eventual Coming of the
Lord, with his angels, to execute judgment upon the disobedient
race. Jude’s Sanction of one passage in the book does not
Sanction the whole book.

1 Jude, a servant of Jesus Christ and a brother of James,
To those who have been called, who are loved in God the Father and kept for[a] Jesus Christ:

2 Mercy, peace and love be yours in abundance.
The Sin and Doom of Ungodly People

3 Dear friends, although I was very eager to write to you about the salvation we share, I felt compelled to write and urge you to contend for the faith that was once for all entrusted to God’s holy people. 4 For certain individuals whose condemnation was written about[b] long ago have secretly slipped in among you. They are ungodly people, who pervert the grace of our God into a license for immorality and deny Jesus Christ our only Sovereign and Lord.

5 Though you already know all this, I want to remind you that the Lord[c] at one time delivered his people out of Egypt, but later destroyed those who did not believe. 6 And the angels who did not keep their positions of authority but abandoned their proper dwelling—these he has kept in darkness, bound with everlasting chains for judgment on the great Day. 7 In a similar way, Sodom and Gomorrah and the surrounding towns gave themselves up to sexual immorality and perversion. They serve as an example of those who suffer the punishment of eternal fire.

8 In the very same way, on the strength of their dreams these ungodly people pollute their own bodies, reject authority and heap abuse on celestial beings. 9 But even the archangel Michael, when he was disputing with the devil about the body of Moses, did not himself dare to condemn him for slander but said, “The Lord rebuke you!”[d] 10 Yet these people slander whatever they do not understand, and the very things they do understand by instinct—as irrational animals do—will destroy them.

11 Woe to them! They have taken the way of Cain; they have rushed for profit into Balaam’s error; they have been destroyed in Korah’s rebellion.

12 These people are blemishes at your love feasts, eating with you without the slightest qualm—shepherds who feed only themselves. They are clouds without rain, blown along by the wind; autumn trees, without fruit and uprooted—twice dead. 13 They are wild waves of the sea, foaming up their shame; wandering stars, for whom blackest darkness has been reserved forever.

14 Enoch, the seventh from Adam, prophesied about them: “See, the Lord is coming with thousands upon thousands of his holy ones 15 to judge everyone, and to convict all of them of all the ungodly acts they have committed in their ungodliness, and of all the defiant words ungodly sinners have spoken against him.”[e] 16 These people are grumblers and faultfinders; they follow their own evil desires; they boast about themselves and flatter others for their own advantage.

A Call to Persevere

17 But, dear friends, remember what the apostles of our Lord Jesus Christ foretold. 18 They said to you, “In the last times there will be scoffers who will follow their own ungodly desires.” 19 These are the people who divide you, who follow mere natural instincts and do not have the Spirit.
20 But you, dear friends, by building yourselves up in your most holy faith and praying in the Holy Spirit, 21 keep yourselves in God’s love as you wait for the mercy of our Lord Jesus Christ to bring you to eternal life.

22 Be merciful to those who doubt; 23 save others by snatching them from the fire; to others show mercy, mixed with fear—hating even the clothing stained by corrupted flesh.[f]

24 To him who is able to keep you from stumbling and to present you before his glorious presence without fault and with great joy— 25 to the only God our Savior be glory, majesty, power and authority, through Jesus Christ our Lord, before all ages, now and forevermore! Amen.

Footnotes
Jude 1:1 Or by; or in
Jude 1:4 Or individuals who were marked out for condemnation
Jude 1:5 Some early manuscripts Jesus
Jude 1:9 Jude is alluding to the Jewish Testament of Moses (approximately the first century a.d.).
Jude 1:15 From the Jewish First Book of Enoch (approximately the first century b.c.)
Jude 1:23 The Greek manuscripts of these verses vary at several points