WOMAN (BOGATA, COLUMBIA) DIES IN BUS ACCIDENT. GOES TO HELL, CALLS ON JESUS AND IS SAVED AND TAKEN OUT HELL

WOMAN (BOGATA, COLUMBIA) DIES IN BUS ACCIDENT.  GOES TO HELL, CALLS ON JESUS AND IS SAVED ANDTAKEN OUT HELL 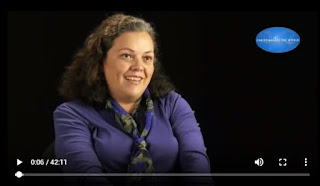 Here is another powerful testimony of a lady who died in a bus accident in Bogota, Columbia and went to the Gates of Hell.  She was being tortured by Demons, when she called out again and again for Jesus (the name above all names) to save her and he did.   She said to Jesus that she could not be condemned to hell because she had been an intensely practicing Catholic all her life (she was 35) and she prayed to the Virgin Mary and the Saints constantly.  She went to Mass from as a small child to adulthood.  She was a Christian.  She could not go to hell.

Her testimony is that Jesus said that much of that was Idolatry but that her main sin was failure to forgive her Step Mother for murdering her biological mother.  She was at the gates of hell because she had never accepted Jesus as her savior (she said she did not know) and she was guilty of the sins of non-forgiveness and other sins.  He showed her a life review (extremely common in these scenarios) where she sinned all through her life.  She was convinced after watching her life that she was a sinner in need of a savior.

Don’t go where she went.  Give your life to Jesus and save you and “your household”.   For as it was written in Romans:

Romans 10:9 New International Version (NIV)
9 If you declare with your mouth, “Jesus is Lord,” and believe in your heart that God raised him from the dead, you will be saved.
Hugh Wood, Atlanta, GA
Feb 2019

Despite the disbelief of 1,000s who come this way, there are (again) 1,000s of videos showing the phenomena to be true.   The story of Inez Days of Minnesota who died in about 1925 of a burst appendix is substantially similar.   She died and was dead for 3 hours and went to hell (almost).  She called out to Jesus and was saved.   She served him all he rest of her life and died in 2003.  …..  If you find yourself in this way, calling out to the name above all names for salvation is the only way – salvation in the name of Jesus.
Amen

These opinions are the opinions of the author and not necessarily any institution including Peachtree Presbyterian Church.  However, this information is consistent with the original Westminster Confession of Faith; except it may challenge "dying"and returning.  Amen